Recently, I have been listening some of the early episodes of the Pen Addict Podcast, and while being enamored continuously by the way Brad and Myke’s conversations transform towards using fountain pens, I began to ask myself a time-travel question: what models I should have tried for my next level pens and I didn’t?

The rationale behind this question is all about the value-cost ratio. Unlike where I am today, by the time I was barely qualified as a pen user, and my budget and purchasing channels were both restricted. My early days’ collection consists of two LAMY Safari, a Pilot 78G, and that’s all. I could never chip in too much from my living budget, nor did I have a credit card. What I did as a sophomore was adding a LAMY AL-Star to my skinny pen case, along with a whole squad of dirt cheap vintage Chinese pens. 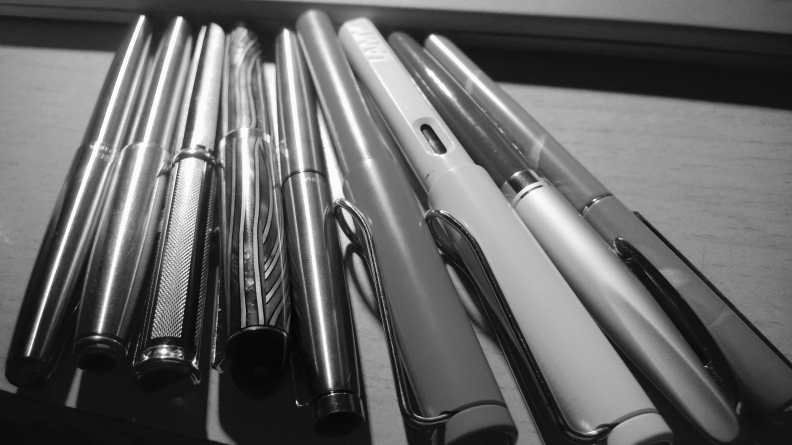 I should buy one LAMY Studio instead.

The combo of AL-Star and vintage Chinese pens frustrates me by the time, mostly due to the overlapping between AL-Star and Safari, as well as the disappointment caused by cheap vintage Chinese pens’ build quality. After that, I was cool with fountain pens for a long time, and it took me an extended period to regain interest in digging into the forums, online stores, or even my pen case.

In the early 2010s, a LAMY Studio with steel nib could be purchased with around 400 RMB, and it did make itself into the list of candidates for a time or two. However, I was too weak-minded. I was quickly convinced by the flooding post of vintage Chinese models, such as Hero 616 and Wing Sung 612, which are in fact over-mystified and exaggerated. Adding another stratum of complicity to the situation was a norm well-accepted by the pen community in China at the time: if you choose to spend more than 200 RMB, brands like Hero or Wing Sung could make you have your first gold nib pen. What an illusion. The amount of money I spent on the AL-Star and Chinese makers’ NOS easily surpassed the price for a Studio, and none of them provided a leap of experience, even including one new Hero 100. 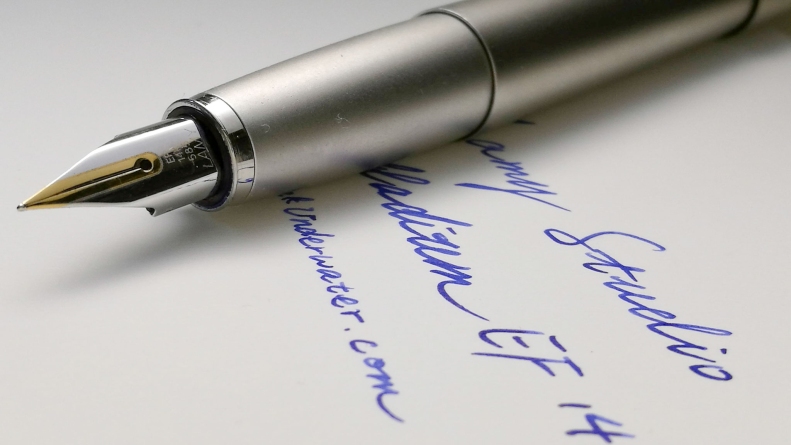 Now, in the year 2017, after using one Palladium LAMY Studio for a month, I finally realize the stupidity of that decision. I was hindered by the value illusion of a bunch of NOS vintage Chinese pen and missed the opportunity to fill my need with a legit solution from a brand I was already happy with. Though the Studio presented here features a gold nib, the steel EF nib from my LAMY Safari has proven a steel nib version could also handle all my note taking tasks without issue. What’s more, the nibs from a Studio and Safari could still be easily replaced when classroom incident happens, which did happen to me a lot during my college time. And for the design, the Studio epitomize a considerable jump from the AL-Star in LAMY’s catalog. The propeller clip is exquisite, the all-metal body is well-weighted and streamlined, and the round metal grip gives out more leeway to maneuver the nib than the dramatically pronounced triangle grip from a Safari. With a well-developed design like this, the Studio is a more confident model to be upgraded to a Z55 gold nib than a standard Safari. In a word, the Studio line was the next level product I was looking for during my writing-intensive college time, instead of an AL-Star.

The Studio line has been intact for years, while at the same period two similar designs have been introduced by LAMY, the Scala and the aion. Therefore, some have argued that they represented a wrong step taken by LAMY since they are the products from a same category, metal pen with modern design. However, I am not sure whether that is the case cause I know there are particular nuances between them, which could fall in the taste of different target customers. As for the Studio, the key differentiators are the propellor shape clip and a wide choice of barrel and grip finish.

Thus, it is a no-brainer for me to make up my mind to order a Racing Green Studio this fall when I spot it at a Europe pen store. As a long time viewer of the original Top Gear series, I resonate with this color (Hammond!). In last week’s Goulet Q&A, I saw Brian mentioning this pen, too. Also, thanks to the high photography work from Goulet pens, I can render a picture of my swiping the nib section between the Palladium Studio and my new Racing Green which is still on its way:

Though my stage of collecting and using fountain pen is different from my sophomore year, I still want to use this pair of Studio as a gentle reminder on my desk. Looking forward to my Racing Green. 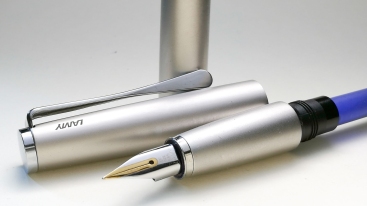 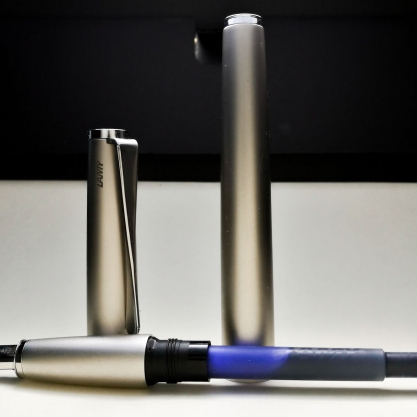 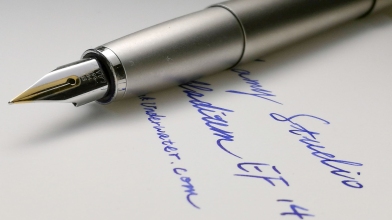