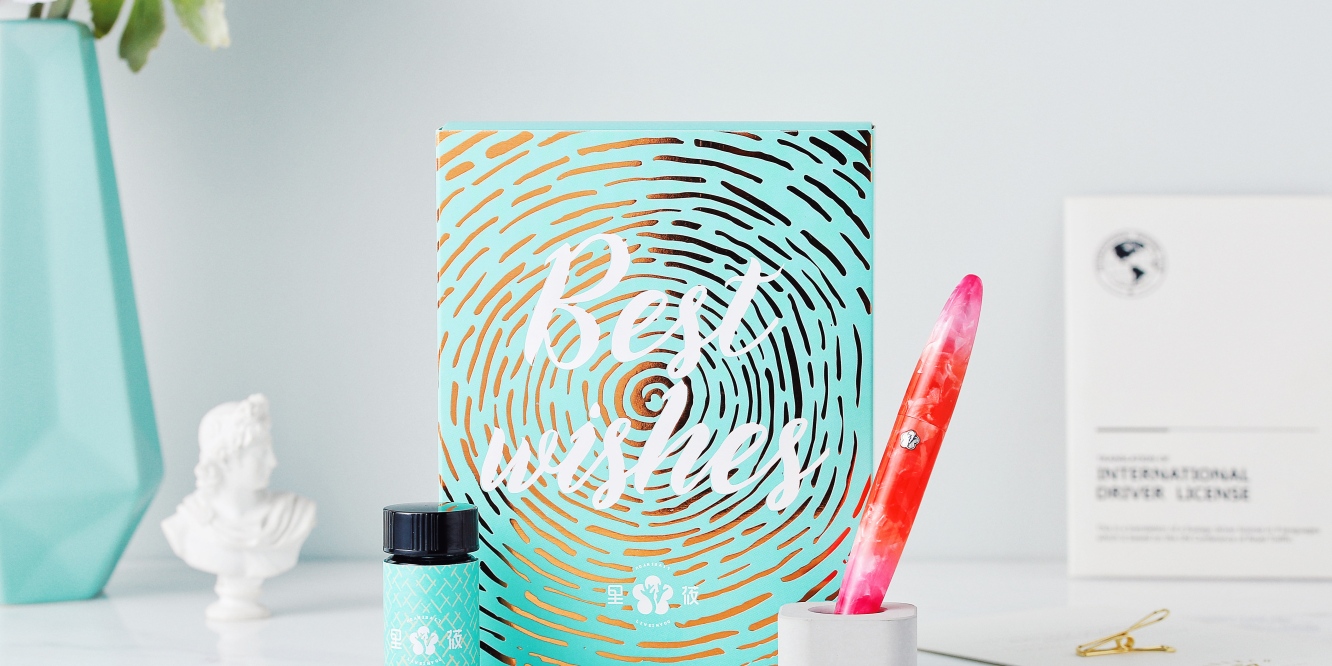 1. Live in You launched the Future

It has been quite a while since the designer brand gave us some hints about this next offer. Last weekend during an offline stationery event, the Live in You finally presented the community with the Future line, a pocket fountain pen with amazing looks and a slightly different design compared with what we saw last time.

Pricing at 258RMB ($40.96), the Future series consists of only six variants with different base materials, which is a small range of choice when compared with similar resin/acrylic offerings from Penbbs. But clearly the company compensate the numbers with quality—each one from the six models of the Future pen is a clear-cut eye-candy. With the help of exotic resin and a streamlined cigar shaped body, these are the best-looking pens ever produced by the company. The branding, though, is different from the pictures leaked before. Instead of a square metal inlaid into the barrel, the final products are branded with a much smaller Live in You metal logo, which is a pair of antlers on a flower background.

Inside the pen, the same writing mechanism as their MiTu series is used, but this time the #5 nibs are all in silver tone to match the chromed brand logo. There is an extra EF nib option to choose now. According to the product pictures presented by the company, some of the six variants could show off the nib inside in an understated way when capped.

My review units are on the way, hope they work in real life as amazing as their looks. 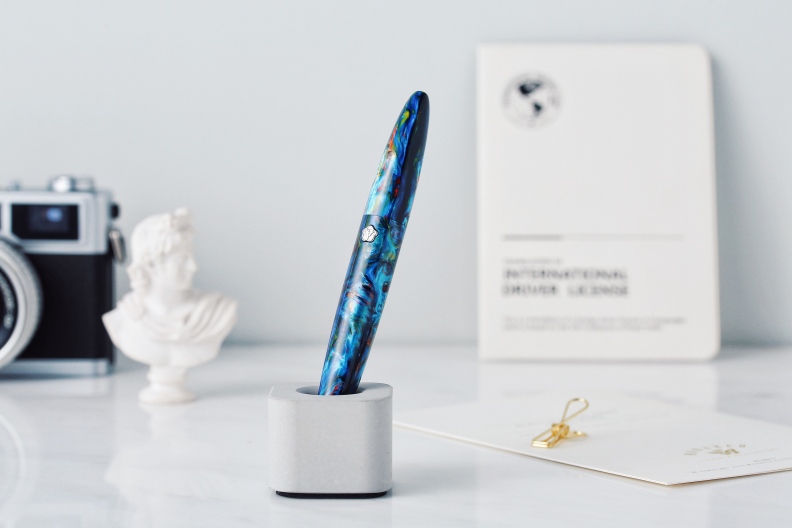 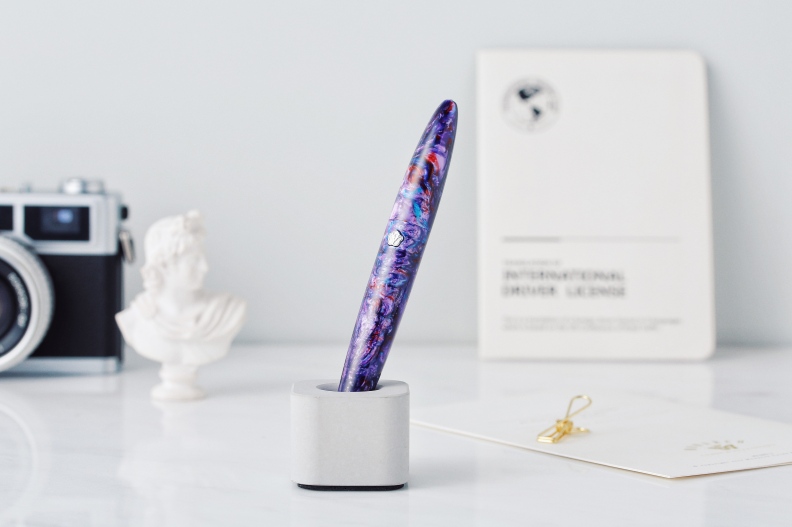 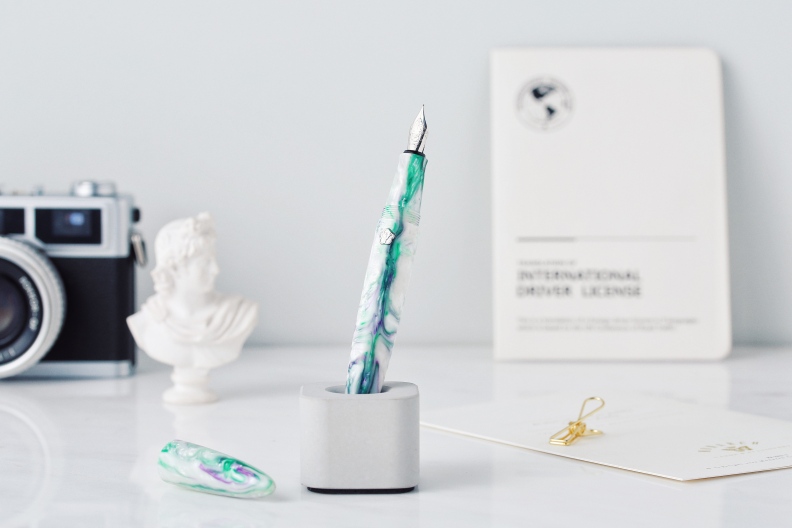 After upgrading its M1 line and introducing an Aspirin series last December, the online retailer Shanghai Jingdian launched the M2 line two days ago. It is a full-size eyedropper pen build out of PMMA resin and shipped with a real eyedropper, like the Opus 88 Koloro.

But what sets the M2 different from other cheap Chinese clear eyedroppers are the nib unit and center band. Judging from the description from Shanghai Jingdian’s Taobao store, the nib housing got two rubber rings to prevent the ink from entering the clear section, and inside the nib unit, a German feed makes the pen more prepared for the vast amount of ink that would fill the pen. The nibs in M2 pens are not made in Germany, but the company claims they are “export-level” steel nibs with “first-class quality.”

Clear demonstrators are nothing new to the pen world, but the M2’s design is highlighted by an aluminum center band, anodized into a bright red color and decorated with a “MOONMAN” branding. Thus, the M2 has a clear point of differentiation here, and I have to say it looks modern and fun.

It is great to see the company behind Delike finally decided to make something with some originality. Despite the confusing Babeli branding on the nib and packaging, the Shepherd Boy is a clipless pocket pen that shares the same core writing parts as any other Delike pens. Two wood variants are available. 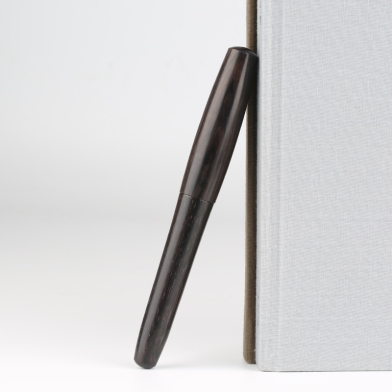 The company is proud of the thread design used in this model, whose main barrel is a one piece of wood with threads carved directly into the material instead of a metal sleeve inserted into the barrel.

But the best part of the Shepherd Boy is its rounded shape, which is clean in style and friendly to play with. Some customers of this model commented that the textural feeling of the pen is better than the Moonman M1, which is also a wooden pen with streamlined design. With a price tag of 72RMB ($11.43) at Taobao, this pen is an appealing gadget to the wood lovers in China. 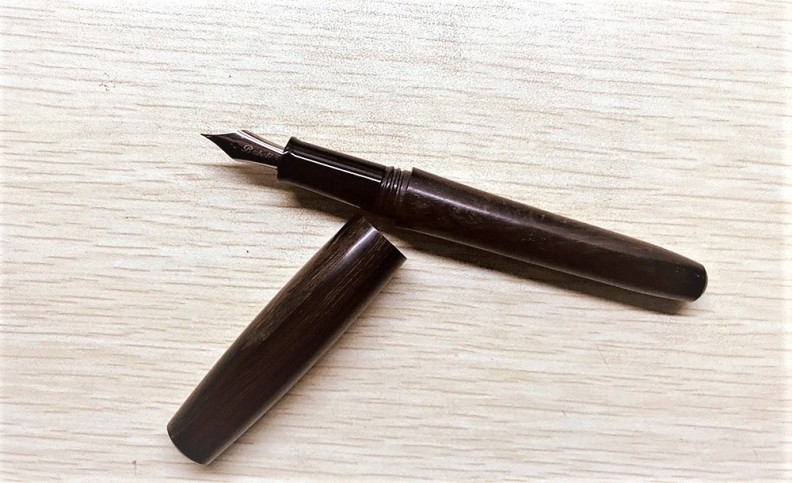 The maker of Tang Fountain Pen hyped a lot before the release of the new black and red version of their AL series, and it surprised its audience with two more colors–purple and green.

To learn more about the background of the brand you can go to last month’s news post, but I wish for the moment you can join me to appraise the texture and looks of this wave of Tang pen… 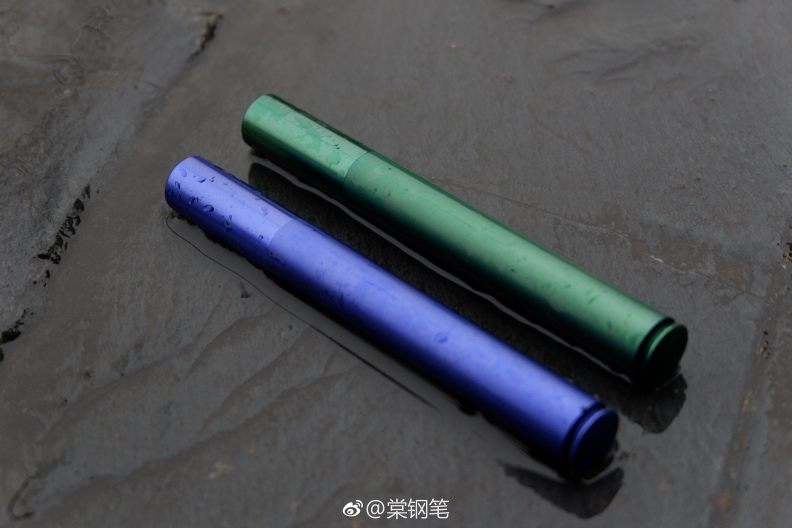 5. A Chinese SE from Kaweco: a lead holder that doubles as a BP!

Yes, you can insert any color or style of 3.5mm lead into your Kaweco clutch lead holder, but you may have never heard before that the company could make it hold a D-1 ballpoint refill.

In preparation for Valentine’s day, Kaweco curated this newest special edition for the Chinese market—a pink Skyline Sport lead holder that could transform itself into a Sport ballpoint. To achieve this magic, a small metal sleeve was created by the company to hold the D-1 refill which is thinner than the 3.5mm pencil lead. To transform, simply feed the unit into the pen from the front.

In my understanding, this is the fourth special edition Kaweco has tailored for the Chinese market during the past 12 months. This pen is currently only available via Kaweco’s Tmall store at a price of 168RMB ($26.67).